With lockdown restrictions easing and needing to get people back into the library space after the pandemic the library at Chorley Hospital decided to have an open day where we could showcase our lovely library space and onsite resources as well as providing much needed air con on what was quite a hot day! 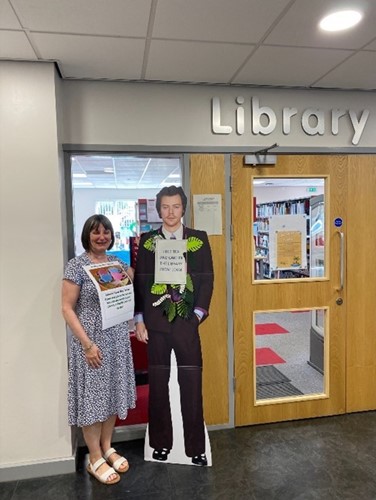 The operational team had a meeting to discuss options as we initially wanted to run the open day in conjunction with one of our Trust’s charities, Baby Beat, to raise funds for them through the selling of home-made cakes. As this decision was made a missive was sent around the Trust stating that if people wanted to run bake sales they would need permission from the catering manager (!). I emailed twice but got no response which meant we were unable to proceed with our plans. The operational team had another conflab and we decided instead to provide shop bought tea and cakes. It didn’t feel right to charge people for shop bought items so we provided them for free. 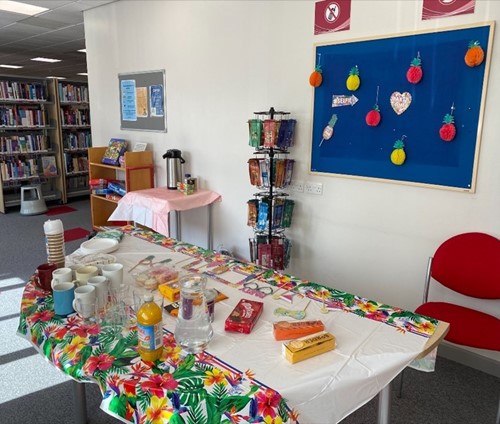 To promote the event we ran a campaign on social media, advertised it in our monthly library newsletter and also got it to appear on the Trusts CEO briefing that is emailed to all staff twice a week. On the day, Jane pictured here with Harry Styles, did a sterling job by handing out flyers in the hospital while wearing a sandwich board. We also had a large blackboard outside the education centre where the library lives stating free tea and cakes! 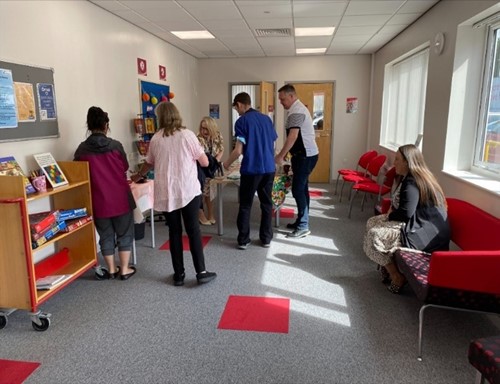 We had a variety of staff visit us including domestics, admin, nurses, doctors, students and by the end of the day most of the cake and biscuits had been eaten 😊

Our offer of free tea and cake (along with Harry Styles who we borrowed from the medical education team down the corridor) was a great draw as we had around 40 people join us throughout the day and from these the library got 22 new members. 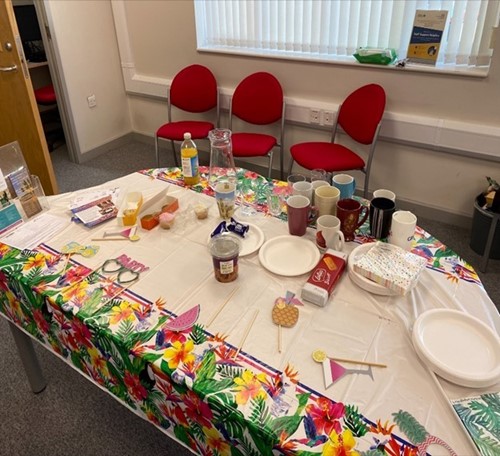 Jane, Deirdre and I who ran the event were presently surprised at how many people came and because of the success these open days will be run again.