The article below is the first of two in which LKS staff from across the north reflect upon their redeployment experiences.

“I went in as ops manager and have never done that before and [it] wasn’t library related.  We looked after the whole patient journey from an admin point of view from admission, discharge, and the patient flow.” Steve Glover: redeployed as Duty Ops Manager, NHS Nightingale North West 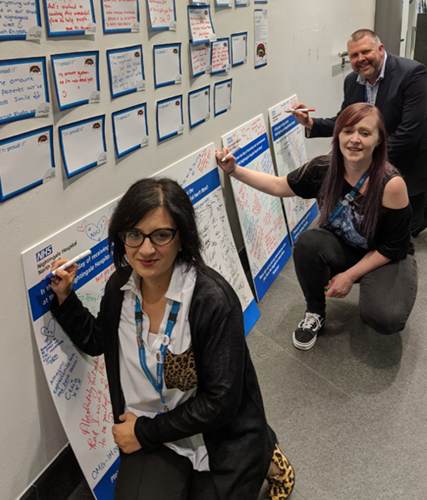 How did you feel about being redeployed at first?
Many felt anxious, nervous, and “a bit of trepidation” about what would happen and what they would be doing. One person described a “rollercoaster” of emotions, pleased to be “valuable” but uncertain of the risks, or of feeling incompetent. Some were happy to contribute, “ready” to get going because of the expectation that, depending on your skills, you would be “called on to do something if necessary”, “quite excited to be doing something that was a bit different” and glad to be feeling “useful somewhere”.

Is there anything you wished you had known or been told at the start of your redeployment that you know now?
Some wished they had been given more detail about their roles, and what was expected of them. Lack of training and information was identified as an issue for some. Others felt there was sufficient training, or that their existing skills equipped them for their redeployment role. Another remarked that being redeployed felt like a “big learning experience for everybody.”

What was the hardest thing about being redeployed?
The most expressed challenge was of managing a redeployed role alongside their usual job. “Staying on top of,’ ‘juggling’ and ‘balancing act’ were used to describe the active and consuming nature of this experience. With limited resources available nationally, two individuals were unable to access PPE for several weeks leading to feelings of being unsafe. The implementation of ‘command and control management’ coupled with the sense of risk led to one individual reflecting they felt “conscripted’ and “that I didn’t matter…you’re a number, just get on with it.  I hated feeling like that.”

Recurring themes were of undertaking a new role with little or no training, adapting to new IT systems and rapid policy changes. People described the loss of their sense of competence and how they had to ‘make quick judgement calls that I had no training on, with no notice’. Other difficulties were uncertainty around length of redeployment, lack of contact with library colleagues, the disorientation of moving to a new Trust and being immediately redeployed and having to mediate disagreements amongst clinical staff around whether to admit a patient. 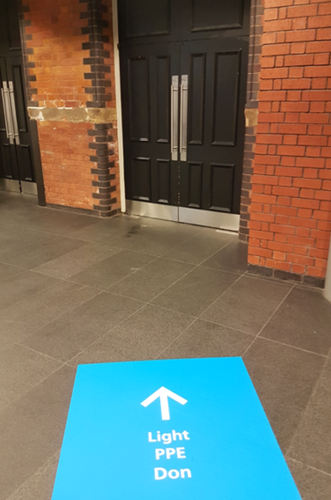 What was the best thing about being redeployed?
The connections made with other teams and individuals across their Trusts was the most mentioned benefit. People commented on ‘networking’ opportunities, forming ‘professional friendships”, and getting to know other clinical and non-clinical teams better.  Alongside professional connections individuals described how they ‘grew close to people’ and talked of ‘comradery’ and of becoming ‘really good friends.’ They went on to say how these connections, coupled with the opportunity to promote the library, has brought new users to their services.

Most people described a mixture of benefits both to the service and themselves. These included gaining new knowledge and skills, relishing the opportunity to ‘do something different’, how their responsibilities ‘highlighted the organisational and leadership skills I have but don’t use on a daily basis” going on to say how this had led them to recognise they were ready to ‘take on a more senior role and new challenges.’ The social interaction from working within the hospital was recognised as something individuals felt ‘privileged’ and “lucky’ to experience.

Finally, people expressed the value of increased proximity to the front line, directly supporting staff taking care of the most acutely ill patients, using terminology such as ‘made a difference,’ ‘real contribution,’ ‘really helping’ ‘doing something that mattered’ and ‘doing a valuable job.’  One person described how their role in providing free accommodation to clinical staff helped ‘ease their stress…by taking away the worry that they could pass Covid onto their family members.’  Another how supporting the welfare of frontline staff was ‘one of the most valuable experiences of my life… I felt honoured to be supporting the staff who were doing such a hard job.’

How do you feel about your redeployment now?
Reflecting on their redeployment LKS staff reported the experience was a positive one, directly contributing to the pandemic response and gaining a better understanding of the challenges clinical colleagues faced. Other positives included getting to know new people and a stronger sense of connection to their Trust. Many spoke about the sense of personal challenge and how the experience had improved their skills, knowledge, and confidence.

Has being redeployed changed how you feel about your day-to-day library work?
Whilst it was good to get back to what they do normally many did not feel particularly different, although there were comments about how the experience had highlighted how much they enjoyed library work.

“It did make me feel good about it, … When people asked me what I did I had a habit of saying I’m just a librarian but multiple times I was told … the work that you do is really important, so that was positive, and made me feel really good about the jobs we do.”

One person said the experience has clarified they are feeling deskilled in their current role which they had been aware of before, but redeployment had bought this to the forefront for them.

As a result of their redeployment experiences, one LKS introduced a more targeted service offer as the library staff now have a better understanding of how and when colleagues in other departments can access their service and the decisions they need to make.

Is there anything else you would like to share about your redeployment experience?
This ranged from worries that redeployment might demonstrate their usual role was not essential to emphasising how the experience had built stronger bridges within divisions. One person focused on how the redeployment team had undertaken an after-action debrief which:

“because fit mask testing is something that is done … during normal times, our review helped rewrite the processes and procedures … capturing the knowledge for our team specifically.”

And finally, someone responded with:

“Just that in many ways it was wonderful.”